The Medical Sciences Division was formed in 2000 to oversee the activity of the clinical and pre-clinical academic departments at Oxford. Since then, new, world-leading departments have opened within the Division, and the University has continued to pioneer medical and biomedical research.

Tropical medicine has remained a particular area of strength for Oxford. In 2005, University research teams working in Thailand published a landmark paper which demonstrated that intravenously administered artemisinin (a compound capable of treating malaria) was a more potent antimalarial treatment than quinine. Due to this research, from 2006 the World Health Organisation began to recommend artemisinin and ACT (artemisinin-combination therapy) as the superior treatment for malaria in both adults and children. It is estimated that ACT, along with other control measures such as insecticide treated nets, saved more than 1 million lives between 2002 and 2012. Oxford teams continue to work on a programme of pre-clinical malaria vaccine development, and have had some significant successes. Following these achievements, Oxford was at the forefront of efforts to fight the Ebola outbreak in West Africa from 2014, with researchers developing a possible vaccine to combat the virus in just six months. Oxford teams also led research into the Zika virus which emerged in the Americas from 2015, exploring how Zika might cause microcephaly, and how it is transmitted in East Africa. Building on its historic success in tropical medicine, Oxford continues to perform vital research into these two viruses. 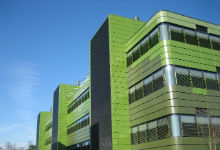 The benefits of this partnership are reflected by the development of the NIHR Oxford Biomedical Research Centre (OxBRC), which is jointly run by the Oxford University Hospital NHS Foundation Trust and the University. It is one of twenty centres funded by the National Institute for Health Research (NIHR), and forms part of a government initiative to improve the translation of scientific research into clinical benefits, and to reinforce the position of the UK as a global leader in healthcare related research.

In September 2016 the OxBRC was awarded £113.7m for 2017 to 2022 to support this translational research, and a grant of £12.8 million was awarded for a new NIHR Oxford Health Biomedical Research Centre. This centre, which is a partnership between the University and Oxford Health NHS Foundation Trust, is one of only two across the country dedicated to the research and treatment of mental health and dementia. The success of the Centres to leverage major new funding reflects the scale, success and excellence of the University of Oxford-NHS partnerships in pioneering medical research.

The Medical Sciences Division is the largest of the four academic divisions within the University, and continues to be recognised as an international centre of excellence for medical research and teaching. It has been ranked number one in the Times Higher Education World University Rankings for clinical, pre-clinical and health sciences for the last seven years - the only non-North American institution to be top-ranked by THE in any subject discipline. In addition, analysis of results from the 2016 National Student Survey (NSS) show that Oxford's Medical School received the highest satisfaction ratings of all UK medical schools, and has done for the past nine years.

In 2018, the NHS celebrated its 70th Anniversary. To coincide with this, neurosurgeons from the Nuffield Department of Surgical Sciences and Nuffield Department of Clinical Neurosciences featured in a BBC documentary called 'How the NHS Changed our World: The John Radcliffe'. Looking at the impact the University of Oxford, the Radcliffe Infirmary and the John Radcliffe Hospital have had in the area of neuroscience, the programme focused on the formation of Oxford Functional Neurosurgery at NDS, which Professor Tipu Aziz founded in 1993. You can explore the rich history of universities working with the NHS on a dedicated website established for the occasion.

The Division continues to look to the future in its research, teaching, and excellence, as it celebrates the rich history of the medical sciences at Oxford over the last seven centuries.