By the first half of the 1800s, clinical teaching at Oxford had deteriorated: in 1850, The Royal Commission on the University commented that, ‘Oxford has ceased altogether to be a school of medicine. Those few persons who take medical degrees there do so with a view to the social consideration which their degrees give, or the preferment in the university for which they are needed, but study their profession elsewhere.’ Rather than contest the movement of students away from the University for practical experience, the Regius Professor from 1857, Sir Henry Acland, encouraged them to come to Oxford for a rigorous education in the medical sciences, and then complete their clinical training in London hospitals. Such an approach seemed to have success, and Oxford’s reputation for medical training was improving by the turn of the century. 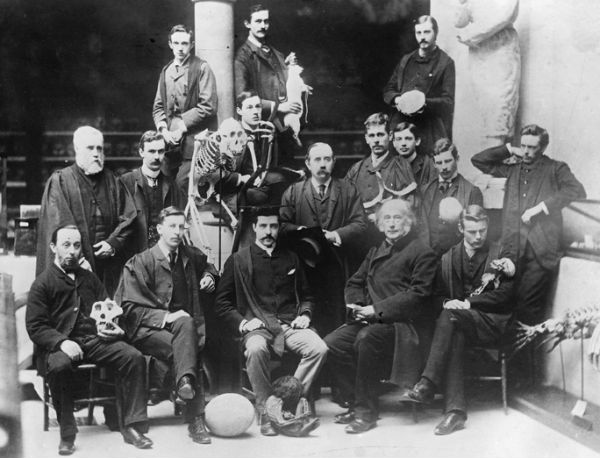 The Department of Physiology was initially headed by the first Waynflete Professor of Physiology, John Burdon Sanderson. Sanderson was a successful physiologist, whose observation that Penicillium inhibited the growth of bacteria places him among the forerunners of Alexander Fleming. One of his research interests was electrophysiology, the study of the electrical activity of the heart which makes it possible to locate an arrhythmia (abnormal heartbeat). Cardiac sciences have remained a major theme of departmental research.

The establishment of the Wilde Readership in Mental Philosophy in 1898 also saw the birth of what would later be the Department of Experimental Psychology. The role of the Wilde Professor was ‘to study the human mind based on observations and reflection on experiences,’ laying the foundations for a department which today includes over twenty research groups with upwards of four hundred undergraduates, graduate students and researchers. Read more about the history of the Department of Experimental Psychology.