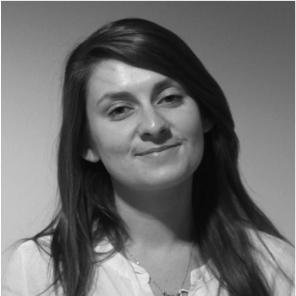 I came to the UK to do my undergraduate studies in Biological Sciences at UCL. Having graduated with a first class grade from UCL I got offered a place on the Wellcome Trust-funded Infection, Immunology and Translational Medicine (IITM) programme at the University of Oxford. Taking advantage of the structure of the IITM programme I conducted three short research projects in very different areas of immunology: I worked with induced pluripotent stem cells, pre-clinical models of colitis as well as analysed samples from a tuberculosis vaccine clinical trial. I chose to do my DPhil project in Prof. Fiona Powrie’s lab where I am working to understand the role of interleukin 33 in intestinal homeostasis. This work may lead to the development of novel therapies for patients suffering from Inflammatory Bowel Disease. Studying immunology in Oxford was a great choice since I got to be surrounded by numerous groups providing me not only with exposure to a wide range of different topics but also to many cutting-edge life sciences techniques, which I can apply in my own research.

Agnieszka obtained a Masters degree in Biotechnology from the Jagiellonian University in Poland. During her undergraduate studies she was awarded the Amgen Foundation scholarship allowing her to undertake a research project at the University of Cambridge in the Cell Signaling group of Dr Simon Cook. This experience encouraged her to apply for a DPhil position in the UK and in 2011 she joined the Wellcome Trust Programme in Infection Immunity and Translational Medicine. During her first year she completed three rotations in the lab of Professor Oreste Acuto, Professor Richard Cornall and Dr Kevin Maloy. She is currently in her final year, working under the supervision of Dr Kevin Maloy in the Mucosal Immunology group. She is studying the role of autophagy in the regulation of adaptive immunity in the intestine, with a particular focus on how defects in autophagy pathway impact on mucosal T helper cell homeostasis. She has recently presented her work at the international immunological conference in Singapore. Agnieszka is due to complete her thesis in October 2015.

Joshua Tan is a DPhil student in Infection, Immunology, and Translational Medicine at the University of Oxford. He completed two rotations in the laboratories of Prof. Quentin Sattentau and Prof. Graham Ogg at Oxford, and did a third rotation at the KEMRI-Wellcome Trust Research Programme in Kilifi, Kenya. There, he investigated the broadly reactive antibody response against Plasmodium falciparum-infected erythrocytes under the supervision of Prof. Peter Bull and Prof. Kevin Marsh. He chose to continue on this project and spent a year in Kilifi before moving to the laboratory of Prof. Antonio Lanzavecchia at the Institute for Research in Biomedicine in Bellinzona, Switzerland. Working together with partners in the two institutes, he played a major role in the identification of unusual LAIR1-containing broadly reactive monoclonal antibodies. This work has been published in Nature [Tan et al. (2016) Nature 529, 105-109]. Joshua is due to complete his DPhil in October 2016.

Layal Liverpool is a first year Infection, Immunology and Translational Medicine PhD student with an interest in investigating host-pathogen interactions and a passion for virology. Layal graduated with a First class BSc (Hons) Immunology & Infection from University College London (UCL) in 2015. At UCL, she worked in Prof. Greg Towers lab, first as an undergraduate and then as a research assistant, to investigate HIV antagonism of innate immunity. Here at Oxford, Layal has worked in Prof. Quentin Sattentau’s lab investigating cell-to-cell spread of HIV and in Prof. Jan Rehwinkel’s lab investigating anti-viral innate immune responses. Layal is currently working in Prof. Michael Dustin's lab to investigate a role for the HIV-restriction factor tetherin at the immunological synapse. Layal was a Fame Lab Oxford 2016 finalist and has taken part in numerous other public engagement activities including science writing for BSGCT Blogs and volunteering with Science Oxford and Oxford University Museums.