This month, we talk to Dr Wen Hwa Lee, Strategic Alliances Manager at the Structural Genomics Consortium (SGC), part of the Nuffield Department of Clinical Medicine, about how the SGC is revolutionising the way we think about drug discovery.

We have recently heard a lot about open innovation in drug discovery and biomedicine – with the Structural Genomics Consortium (SGC) being one of the shining examples, mentioned in industry and strategic reports (including RAND, Deloitte and the recent Dowling Report) – can you tell us a bit more about it? 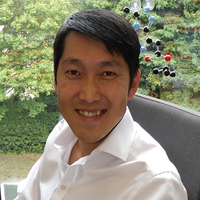 I think we should begin by clarifying that the term ‘Open Innovation’ is very fuzzy and covers a wide range of partnership/collaboration models where large organisations are more ‘permeable’ to exchange of ideas with external entities. This varies from very restrictive (and many times secretive) arrangements to completely open source projects, where everything is shared in the public domain.

The SGC itself is built around a very unique model on the open source extreme of the spectrum –a public-private partnership that will only work in a pre-competitive manner, but always on completely novel proteins (the ‘targets’ of most medicines). And we are committed to not patent anything we discover or produce, and will share everything in the public domain without any restrictions on its use.

You mentioned that you’ll only work with novel proteins – why is that?
We only work with novel proteins because human biology is heavily under-explored. Let’s look at protein kinases – a very important family of proteins, which is the target of many frontline oncology drugs. Despite the fact that we have about 500 different kinases in the human genome, with very consistent data showing that a very large number of these are involved in many diseases – more than 90% of all the work done in academia revolves around less than 10% of all the kinases. And industry follow suit, as so much industrial research is built upon academic outputs. The tragedy is that in both public and private R&D funding strategies there has been an increased emphasis on ‘return of investment’ and the need for ‘preliminary data’ before any project is funded. So to maximise impact, the SGC decided to focus its efforts on the under-explored protein families - those that wouldn’t be worked on otherwise due to risk-averse funders.

And what’s your approach to work with novel proteins?

The SGC generates novel research tools for novel proteins – this includes development of protocols to purify large quantities of novel human proteins, solving the three-dimensional structure of these proteins (a blueprint that will facilitate the development of bespoke chemical compounds, thus starting points for new drugs), creation of chemical starting points and in many cases high-specificity, high-potency chemical probes and generation of functional and biophysical assays to explore the role of the new protein and new chemical inhibitors/binders. Once this is all developed, validated and discovered, we put protocols, clones, chemical structures of new compounds and even the actual physical samples of our chemical probes out in the public domain without patents or restrictions on their use.

Another very interesting point you’ve made is the absence of patents and making everything publicly available – this goes against the perceived route for biomedical discoveries! Why have you decided to do this?

We’ve done so in the interest of accelerating research and drug discovery. Contrary to many misconceptions, specific chemical inhibitors are still very far from being actual medicines and rushing to patent those early stage compounds ends up restricting the exploration of biology and slowing it even more! The failure rate for any drug discovery project before validation of efficacy in Phase II clinical trials is more than 90%, so it is naïve to think that the value could reside in such an early stage chemical compound. More than anything, it is critical to establish the link between a target and an indication/disease and restricting open exploration of such tools will only slow any progress. That’s why we have decided to give away everything without any restrictions on use.

And has it worked? Can you give me some examples? 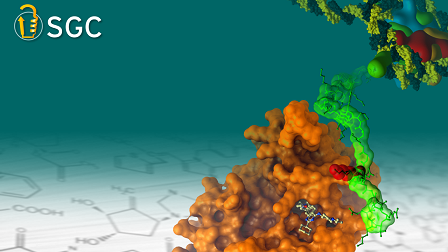 Of course! One of the SGC programmes focused on a completely novel family of proteins called bromodomains, involved in epigenetics regulation. Using our high-throughput platform, the SGC very quickly solved about 50% of the 61 existing bromodomains in the human genome and designed an inhibitor to a member of that family – BRD4. Since there was no patent, we could bypass the game of ‘how to share an imaginary pie if this leads to a drug’ and negotiating the terms: we have quickly established a collaboration with a clinician in Harvard who worked on a rare cancer where BRD4 was involved (called NUT midline carcinoma) and 11 months later work demonstrating that inhibition of BRD4, a bromodomain, could be used to stop that rare cancer was undertaken and published in Nature (Dec. 2010). Since then we have distributed the compound to more than 1000 labs across the globe, each testing in new indications (remember – there was no restriction on use!) and publishing spectacular links to BRD4 that no-one would have imagined, such as cardiac hypertrophy, many other cancers, response to HIV infection and many others. So much data that GSK decided to take this target into a first-in-man clinical trial in less than three years after we started the project (!). This sparked a lot of further interest and presently there are more than six companies, each with their own proprietary molecules targeting validated bromodomains running more than 14 clinical trials in many indications. And this is the story of only one probe out of a pipeline of 37 already made publicly available by the SGC.

Wow – the impact is undeniable! But I am sure our readers would like to know how the SGC is structured and funded?

The SGC is actually a federation of research labs operating in the best academic institutions in leading academic institutions across the globe. Along our labs here in Oxford (SGC Oxford sits in the Old Road Campus), we have a further five labs at the Universities of Toronto, Campinas (Brazil), North Carolina Chapel Hill (USA), Frankfurt (Germany) and at the Karolinska Institute (Sweden). The funding for our operations comes from a very diverse set of organisations,  including eight of the leading pharma companies (Pfizer, Novartis, Takeda, Boehringer Ingelheim, Bayer, Merck, AbbVie and Janssen), government funding agencies (Genome Canada, Canada Foundation for Innovation, São Paulo Research Foundation, EU’s Innovative Medicines Initiative), charities (Wellcome Trust) and philanthropists (Eshelman Institute for Innovation). Taken together we can commit to form a common global infrastructure platform, with each lab advancing research in non-overlapping areas of biology. All the discoveries, reagents and tools from our six labs are then integrated and shared openly with the world (see www.thesgc.org).

And obviously, all this and much more can be tapped into by our researchers in the Medical Sciences Division, right?

Absolutely! And in fact we’d be more than happy to share with everyone – pre-clinical and clinical scientists alike. So if you are interested in what the SGC does and how to get access to our network, reagents and tools, feel free to begin by visiting our website and get in touch with me. In the spirit of Open Access, the more the merrier – and the faster we can help mapping human biology for the benefit of patients and future generations!

Part III to be published on our website over the next few months.