Julia qualified with distinction from Sheffield University Medical School in 1989 where she was awarded the Prize in Medicine, Surgery, General Practice and Obstetrics and Gynaecology. In 1995 she was awarded a distinction in the MRCGP examination and awarded FRCGP in 2005. She became a Member of the Royal College of Physicians in 1994, and a Fellow in 2013. She was appointed as Lecturer at the University of Nottingham in 1995, Senior Lecturer in 1999, Reader in 2004. She was promoted to Professor of Clinical Epidemiology & General Practice in 2005 where she stayed until her appointment to a Chair at the University of Oxford in 2019.

Julia's research interests are very broad and include large scale clinical epidemiology, drug safety and the development of risk prediction algorithms using electronic databases from general practices. She is the co-founder of the QResearch database which is one of the largest clinical research databases worldwide. By 2022, it has doubled in size to to cover over 1500 GP practices, representing approximately 25% of the UK population. The database is also linked to hospital, mortality & cancer data, COVID test results, COVID-19 vaccination and ICNARC ICU data. She has developed and validated risk prediction algorithms for a range of diseases including cardiovascular disease, cancer fracture, diabetes and other conditions. These tools are now widely used across the NHS.

I led development of the CMO commissioned QCOVID tool to identify patients at risk of severe COVID-19 outcomes. This was implemented by NHS Digital in Feb 21 to risk stratify entire population of England adding 1.5M to the Shielded Patient List and prioritised 800K people for early vaccination. We pioneered the 1st known precision scalable public health intervention internationally establishing new re-usable infrastructure/approach. It is QCovid was implemented as a clinical calculator for use with UK and US patients & GP to personalise risk improve decisionmaking & guide interventions. 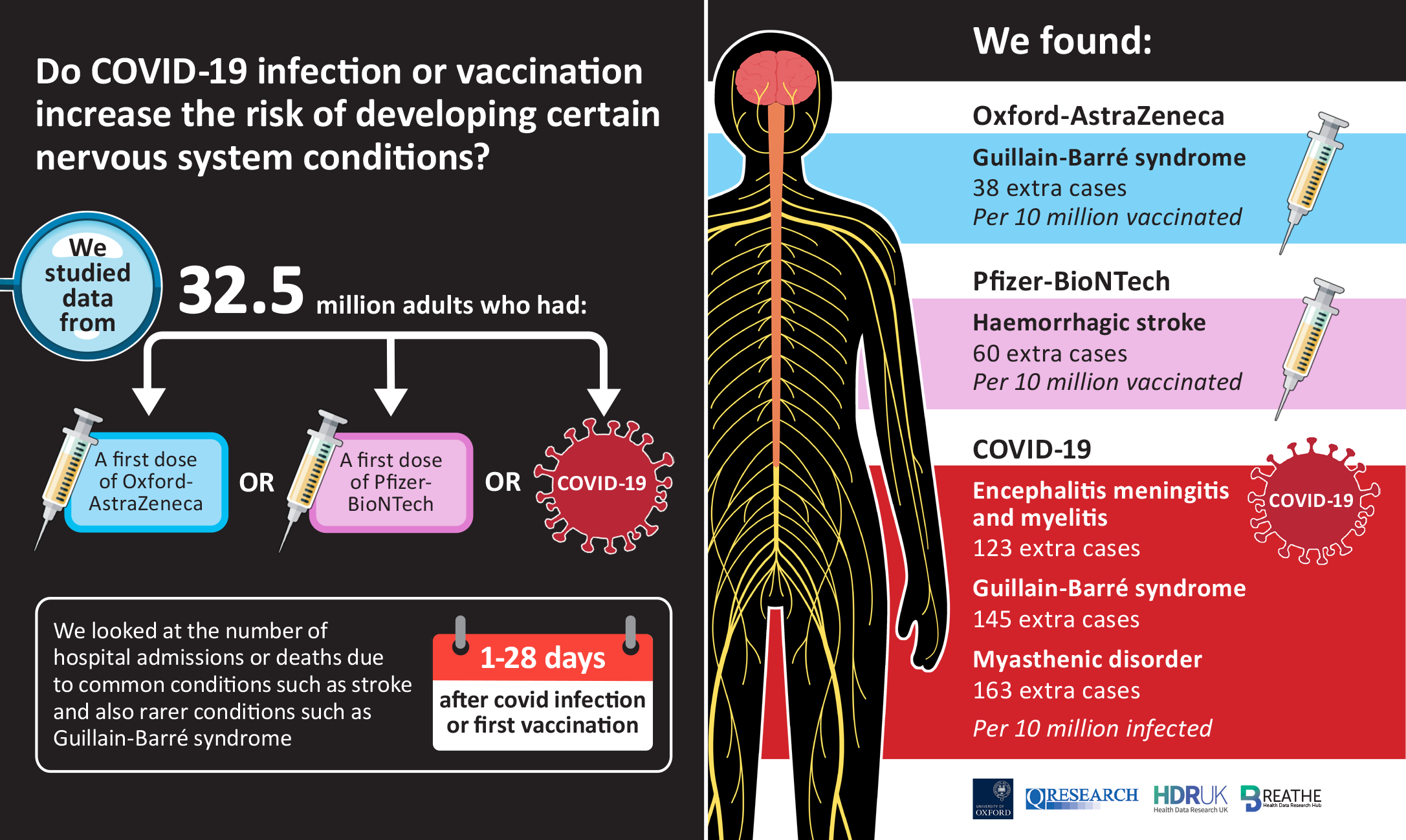 In 2017/8, I was an expert witness to the All-Party Parliamentary Group on Pancreatic Cancer. & delivered the keynote lecture at the launch of the report in the Houses of Parliament. The report “The Need for Speed: diagnosing pancreatic cancer earlier, giving patients a chance of living better for longer’ included recommendations on the use of GP decision support tools to improve early diagnosis of cancer. 2020/1.

Our 2019 paper on risk of dementia associated with anticholinergic drugs is highly cited & the 2nd most viewed paper. The editor said “These findings are definitely practice changing & could lead doctors to dramatically curtail use of anticholinergic drugs.”  This is referenced in international guidelines e.g 5thCanadian Consensus Conference on the Diagnosis & Treatment of Dementia.Reducing the risk of later-life dementia and used in a national public advice campaign including use of videos to support public messaging. Medicines professionals used videos to actively help care home residents reduce risk & burden of anticholinergic medicine winning a national award.  This involved implementing an innovative pathway on the wards of their local Trust & training multiple primary care healthcare professionals with feedback that videos helped increase awareness of risks of anticholinergic drugs, supporting triage for structured medication review

NATIONAL HEALTH POLICY AND USE OF QPREDICTION TOOLS IN CLINCAL PRACTICE

Several of the tools have been recommended for use in clinical practice in NICE guidance. In 2014 QRisk2 was recommended as the sole risk tool of choice to assess cardiovascular disease risk in the NICE Cardiovascular disease guideline [CG181, 2014]. New recommendations in the updated NICE guideline on hypertension in adults [NG136, 2019] include use of QRisk scores to inform antihypertensive treatment.

QDiabetes is recommended in NICE guidance on the prevention of type 2 diabetes [PH38, 2017]. The 2016 NICE guideline on multimorbidity [NG56, 2016] recommends using QAdmissions to identify adults with multimorbidity who are at risk of adverse events such as unplanned hospital admission or admission to care homes. Other recommendations in guidelines include QFracture in NICE guidance [CG146, 2017] and the Scottish Intercollegiate Guideline Network (SIGN) national clinical guideline on osteoporosis management [SIGN 142; 2015] which has a key recommendation that to quantify fracture risk “Fracture-risk assessment should be carried out, preferably using QFracture”. This assessment is then used to target pharmacological, and non-pharmacological treatments to reduce fracture risk.

All of the tools are publicly accessible, and most including QRisk2, QDiabetes, QFracture, QCancer, QStroke and QAdmissions have been integrated into the major UK GP clinical system (EMIS) which supplies computer systems to over 55% of GP practices in England, covering a population in excess of 30,000,000 people.

The tools are also available as free open-source software (see links in section 2) to facilitate transparency, further research and use internationally. Google analytics show that since 2014, there have been over 2,000,000 hits to the QPrediction websites, with hits from most countries worldwide.

Some tools have also been implemented in other GP clinical systems and by other suppliers including occupational health, pharmacy, secondary care and the private sector. For example, Wellpoint health kiosks which use QRisk3 are currently deployed in many occupational settings throughout the UK including the Ministry of Defence, Department of Health, DVLA, Kent County Council, Scottish Power, Scottish Water.

Use and recommendations in clinical practice

QRisk is integral to policy guidance and practice such as currently being used in NHS Health checks, a national programme offering health checks to adults in England aged 40 to 74. It is designed to help prevent and detect early signs of heart disease, kidney disease, Type 2 diabetes and dementia and incorporates assessment of cardiovascular disease risk. Over 6,000,000 people in England received an NHS Health check between 2013 and 2017.

The QRisk lifetime version of the tool is used by Public Health England on its NHS One You website to estimate heart age, with the aim of increasing awareness of heart health and acting as an incentive to make simple lifestyle changes. This was widely publicised by Public Health England in September 2018. By June 2017 the website had been viewed by approximately 2,900,000 people, with approximately 1,200,000 completions of the tool.

QCancer is designed to prompt GPs to think about diagnosis of cancer and refer high risk patients to hospital sooner, with the aim of patients being diagnosed at an earlier stage when there are more treatment options likely to improve survival. The QCancer tool is recommended by Cancer Research UK, and its use is being facilitated by Macmillan which has successfully piloted the tool and is promoting its use as a cancer decision support tool in clinical practice across the country.

Evaluations and evidence of benefits

In the NHS Health Check prevention programme in England people with a 10-year QRisk score of 10% or more are considered to be high risk of cardiovascular disease and are offered lifestyle advice, behaviour change support and considered for statin treatment. A microsimulation study by researchers at the University of Cambridge estimated that in England each year the programme is preventing approximately 300 premature deaths (before age 80) and resulting in an additional 1,000 people being free of cardiovascular disease, dementia, and lung cancer at age 80 years. The study also found that the programme has a greater absolute impact on health for people living in the most deprived areas, accordingly the programme as a whole is reducing health inequalities.

An international guideline panel has proposed using QCancer colorectal cancer scores to identify people with increased risk (15-year risk above 3%) for colorectal cancer screening rather than a strategy of screening all people aged 50 to 79 years. This recommendation was based on a modelling study and a linkedsystematic review of the benefits, harms, and burdens of colorectal screening. The modelling study predicted that in people with a QCancer risk score of 3% an estimated 5 to 6 colorectal cancer deaths would be prevented over 15 years per 1000 people screened. The panel proposed QCancer as it is “one of the best performing models for both men and women”, and because it has been externally validated, has good calibration, is available as on online calculator and can predict risk over a 15-year time horizon.