We talk to Chris Barkus, the new Regional Programme Manager for the National Centre for the Replacement, Refinement and Reduction of Animals in Research (the NC3Rs). 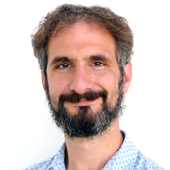 Tell us a little about your role

I am the Regional Programme Manager for the National Centre for the Replacement, Refinement and Reduction of Animals in Research (the NC3Rs) in Oxford. It is a new role aimed at facilitating the application of the 3Rs across the University through the dissemination of information as well as by helping with funding applications and licence reviews. The NC3Rs also has its own funding schemes which I am hoping to promote and I am available to give further guidance to any potential applicants for these schemes.

Who are the NC3Rs?

The NC3Rs are a scientific organisation established by the government in 2004 in response to a recognition that more needed to be done to further the 3Rs in research and that having a national centre might help achieve this. It is not an animal welfare organisation like, for example, the RSPCA, although animal welfare is clearly a very important part of the remit. Nor is it linked to the Home Office who administer the legislation around lab animals. Instead, the focus is specifically on improving the way that animal research is conducted. This is done through funding relevant work, providing web resources, organising events, and office-led projects that might involve attempting to harmonise working practices across different institutions and companies, sometimes even with the involvement of regulating bodies.

And why is what you do important?

The 3Rs is a key aspect of all animal research as it forms the ethical framework at the heart of the guidance and legislation for this work. Beyond that, it is also often the route to “best practice” in the lab. One aim of the role is to share advances in particular techniques between labs that do similar work. This will help ensure that best practice is followed equally across the University. There are often success stories like this in labs, but they don’t get publicised as individuals are not always aware of how many others might be interested in their solution to a particular problem. Also, researchers do not have the time to run around the University finding out who those people might be! My role is to help facilitate this and make sure that these advances have as big an impact as possible in improving the welfare of lab animals and reducing the numbers of animals needed for successful scientific research. What’s currently at the top of your to do list?

As it is a new role, I currently have quite a long and varied to-do list! The top few items, though, are giving feedback on funding applications and also making contact with as many researchers around the University as possible. Hopefully a few will get in touch after reading this so I can move that item further down the list!

Can you tell us a little more about the funding that NC3Rs has available?

The call for Project Grants to the NC3Rs will soon be open and all this year’s funding schemes will be covered by a highlight notice encouraging the adoption of non-mammalian models. This will be kicked off with a launch event on Tuesday 4 September. Come along if you want to find out more.

I did my undergraduate degree in Neuroscience at Nottingham and have been in Oxford for the last 11 years, first as a DPhil student and then as a post-doctoral researcher. During that time, I have worked across several different departments and also picked up some bits of teaching. In the last few years I have been applying for funding to keep my research going and it was whilst writing another grant that I saw the advert for my current role. Although it seemed like it would be quite a change from research, I was at a point in my career where whatever next-step I took it would likely be away from lab, either towards increased teaching or towards the more office-based tasks of research. This job opportunity seemed like the ideal way to make use of my scientific training as well as the communication skills I acquired through teaching without being trapped at a desk in a constant cycle of writing grant applications! The more I thought about the role, the more I liked the idea of working to promote the 3Rs and best practice in research as well as having an excuse to talk to people about their work, especially the incremental advances they might have made that need to be championed more than they are currently. I must have made my enthusiasm clear enough as I was offered the role, and here we are!

National Centre for the Replacement, Refinement and Reduction of Animals in Research