What topics are you pursuing in your lab?

The Oxford Centre for Emotions and Affective Neuroscience (OCEAN) aims to use the best methods from experimental psychology, molecular genetics and cognitive neuroscience to try and understand why people react so differently to the same life events.  There are a number of projects running in the lab, the largest of which is the CogBIAS Project, which is a 5-project programme of research funded by an ERC Advanced Investigator Award, which I was awarded in 2013. This project seeks to understand, within a broad psychological perspective, the nature of the cognitive processing styles and biases that underpin emotional vulnerability and resilience.

Affective neuroscience has tended to focus on vulnerabilities with much less research on resilience and mental wellbeing. We continue to investigate vulnerability but a major focus of our lab also concerns the question of “What is a Healthy Mind”? In particular we are interested in investigating the cognitive, neural and genetic markers of resilience and optimal mental health.

There’s been a lot of talk recently about “cognitive bias.” Can you explain it in terms of your research?

Cognitive models of information processing suggest that selectivity in how we notice, interpret and remember information from our everyday lives can have a real impact on our wellbeing. For instance, people who are prone to anxiety are more likely to allocate their attention to threat-related information and more likely to interpret ambiguous social situations in a highly negative way. These “cognitive biases” generally operate outside our conscious awareness and play a role in the development of psychological problems as well as playing a role in maintaining anxiety and depression. Our lab investigates a range of cognitive training techniques designed to modify potentially “toxic” biases and improve emotional regulation in order to provide people with the cognitive tools to better withstand stressful situations.

What’s one of the more interesting things we are investigating? 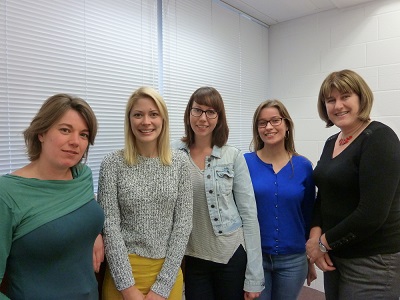 There is increasing interest in identifying the cognitive, neural and genetic markers of emotional vulnerability and resilience, but until recently these lines of research have been fairly independent. A large literature investigates the role of cognitive biases, while an equally large literature investigates the influence of certain genetic variants – called ‘single nucleotide polymorphisms’ (SNPs) on mental wellbeing and reactivity to stress. Attempting to bring these two fields together to understand how certain SNPs might interact with certain cognitive biases to influence the development of vulnerability and resilience brings many challenges. We recently combined a cognitive approach intended to modify emotion-related biases in attention, with differential "susceptibility" genotypes on the serotonin transporter gene, a gene thought to play an important role in the development of emotional vulnerability. Those with the so-called "risky" version of this gene developed a stronger negative attentional bias when trained to orient towards threat, relative to those with the putative "protective" variant as expected. Of more surprise, when trained to selectively process positive material, it was also this same group who developed a stronger positive bias. In other words, those with the risky genotype were more sensitive to learning environments in general, whether positive or negative, providing a cognitive mechanism through which genes may confer differential sensitivity to the environment.

Our current work will assess several genotypes in tandem rather than single genes. This is because previous research has been limited by examining just a single gene when it’s likely that multiple genes and gene-gene interactions are involved in sensitizing the brain systems that underlie emotional learning. Identifying which particular genes are important is not trivial, of course, and this is one of the real challenges for our research. Another issue is that research on the cognitive and genetic aspects of resilience and human flourishing is in its infancy and our research aims to take this forward so that we can ultimately understand as much about what makes us flourish as we know about what makes us flounder.

Why is this work important?

The current approach affords an exciting opportunity to investigate the implications of how genes and environments interact and interleave to influence the cognitive processing styles and biases that underpin emotional vulnerability and resilience. This approach brings the prospect of developing truly individual and personalized therapies and interventions. We use a multi-disciplinary approach - cutting across  cognitive psychology, molecular genetics, and cognitive neuroscience - and anticipate that the project will build a strong basis of translational research in order to develop new cognitive interventions to reduce emotional vulnerability and to enhance resilience at an individual level.

What are the bigger questions in your field?

There are three big questions in our field. First, how do we identify people who are prone to serious psychological problems such as anxiety, depression and addiction? Second, can we develop novel and easy to implement treatments to help prevent the development of affective problems? Third, how do we boost mental wellbeing and help people to truly flourish?

In order to answer these questions, I believe that we need truly interdisciplinary research that takes into account the social, genetic and cognitive factors that tip people towards vulnerability or resilience. A major challenge is to translate the results of basic psychological science into new interventions to help improve peoples’ lives. Being based in Oxford presents wonderful opportunities to harness new developments in genetics, cognitive neuroscience and psychology to enhance our understanding of fundamental mechanisms so that we can develop more tailor-made cognitive interventions to help boost mental wellbeing.

Who is in the lab?

The OCEAN is a new group founded in 2013. It is currently a small but growing mixture of experimental and clinical psychologists who bring a diverse range of skills to the lab.  Full details about our group can be found on our website.