Later this month, the Stroke Prevention Research Unit, in the Nuffield Department of Clinical Neurosciences, will receive the Queen’s Anniversary Prize for Higher Education. The unit’s founder, Professor Peter Rothwell tells us about the unit and what it means to receive such a prestigious prize.

What’s the purpose of the Stroke Prevention Research Unit (SPRU)? 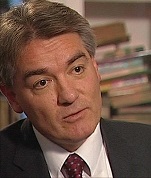 The Stroke Prevention Research Unit (SPRU) aims to do research that increases understanding of the causes of cerebrovascular disease and improves the prevention of stroke and vascular dementia in routine clinical practice. We focus particularly on gaining a better understanding of known risk factors and more effective use of existing treatments. Over 30 research and support staff work in the unit, running several unique cohort studies in collaboration with 100 GPs in Oxfordshire.

Why do think the unit received the Queen’s Anniversary Prize for Higher Education, the highest form of national recognition that UK higher education institutions can achieve?

The unit is regarded as one of the most productive stroke research groups in the world, its researchers having published over 200 papers during the last 10 years, including 30 papers in Lancet or Lancet Neurology, and 25 mainly clinical fellows have worked towards doctorates on the unit. This award recognises the team’s dedication and commitment to conducting ground breaking research, which over the last decade has revolutionised several aspects of clinical practice in stroke prevention.

For example, our unit showed that the risk of major stroke in the first few hours and days after more minor warning events – so called transient ischaemic attacks – was much higher than previously supposed, but that urgent use of existing treatments reduced the risk of major stroke by 80%. Subsequent work showed that fluctuations in blood pressure (BP) are also powerful risk factors for stroke and other vascular events and that widely used BP-lowering drugs differ in their effects on variability. And more recently, our work on aspirin has shown that, in addition to its well-known effects in preventing vascular events, it also reduces the long-term risk of several common cancers and also has shorter-term benefits by reducing the spread of cancer around the body via the blood stream (known as metastasis), demonstrating for the first time in man that a drug can directly interfere with this process.