We speak to Professor Sarah Blagden, Associate Professor of Experimental Cancer Therapeutics in the Department of Oncology, about her research investigating post-transcriptional mechanisms that drive cancer behaviour and researching novel cancer therapeutics. Prof Blagden is keen to hear from any researchers in the community interested in collaborating on potential cancer treatments.

What are you doing now? 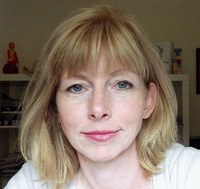 At the moment, I’m writing a study protocol for a small biotech company. They have discovered a drug that is effective against cancer (in the lab) but has not yet been tried in patients. My job is to translate the scientific data they have generated into a clinical trial. It is like writing a complicated recipe or putting together a jigsaw puzzle. The instructions on how to administer the drug need to be clear and safety is the priority. Once I’ve finished this draft, I will send it to the Early Phase Trials Unit in the oncology team at the Churchill Hospital so they can modify it and turn it into a clinical protocol that is ready to be reviewed by an ethics committee.

What are the challenges of early phase trials?

It helps that I have a science background because it drives me to question the mechanism behind any purported “wonder drug”. I don’t want to expose patients to anything that doesn’t make scientific sense. The patients entering these (Phase I) studies have exhausted all standard treatments available on the NHS and are coming to us with maybe only a few more months to live. It is vital that we don’t waste their time or introduce them to unpleasant side effects.

How did you get here?

I decided to become an oncologist when I was at medical school. Of all the medical specialities, I found oncology to be the most interesting. You have to be able to establish a rapport with your patients, but at the same time keep up with rapidly evolving science. When I became an oncologist, the cure for cancer was predicted to be only 10 years away. We know now that this was an optimistic estimation but new discoveries are published on an almost weekly basis and we have to adapt our practice in response to them. I was set to become a full time clinician until I spent 3 years in a fruit fly lab in Cambridge. The science was incredibly complex and frustrating but I had a few break-through moments. One you have had a “science high” you become addicted! After that, I wanted to bring research more closely into my day-to-day oncology practice and, hence, started working as a clinician scientist. I worked at Imperial College for 9 years and, in April 2015, moved to Oxford.

What topics are you pursuing in your lab? What are the challenges? 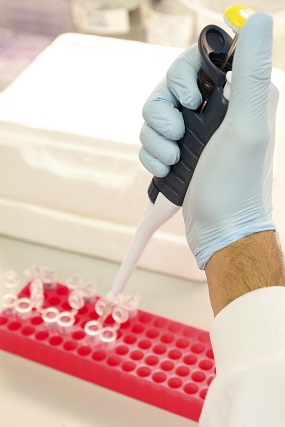 © CRUK Oxford CentreIn my lab we look at messenger RNA (mRNA) translation and cancer. Since the human genome was sequenced on 2001, there has been an assumption that cancer behaviour is predominantly dictated by inherited or acquired genetic mutations. In our lab, we have a different focus, not on the genes themselves but how they generate proteins. In cancer, the “middle man”, mRNA, is an unreliable messenger and can create much more or less protein than the gene has transcribed. In some situations, these alterations to protein content are enough to turn a cell cancerous and make existing cancers more aggressive and treatment-resistant. The purpose of my lab is to dissect these mechanisms and identify which of them could be targeted with drugs. The challenge of this type of research is the techniques that we use to identify RNA and its protein complexes are new and constantly changing. Also, it has taken a while for the cancer research community to appreciate the importance of mRNA dysregulation in cancer, but thankfully this has changed in recent years.

How has being at Oxford helped the work of your lab?

Oxford is a hot bed of RNA enthusiasts, so it feels like a homecoming for me. There are the likes of Nick Proudfoot the RNA polyadenylation expert, Chris Norbury and Colin Goding, to name just three. There is a very collaborative feel here, so I have no doubt this is the perfect fit for my group. 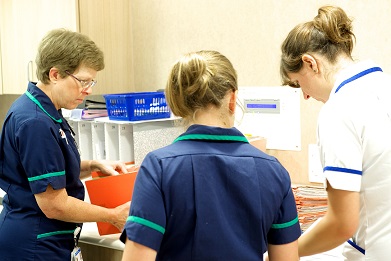 © CRUK Oxford CentreI’m really interested in talking to labs with research that might eventually lead to a cancer treatment. Scientists can be daunted by the thought of taking something from the lab into the clinic, the so-called “bench to bedside” transition. It is actually simpler than it seems and I can help develop their ideas into a clinical trial outline that can be included in grant proposals or business plans. It is interesting for me to be involved in new areas of research and have the tantalising thought that they might be the next “big thing” for cancer. I’m also keen to involve scientists in upcoming clinical studies. Quite often, pharmacological companies hit upon a cancer drug without fully understanding the science behind it. Scientists here may have devoted their entire profession to one particular cancer signalling pathway and can advise the companies on what biomarkers can be used or, better still, offer collaborations with them to explore aspects of the biology in more detail. I see this matchmaking role as a very important part of my job.

What are the bigger questions in your field? How do you see your field developing in the next ten years? What are the obstacles (technical or otherwise) to getting there? 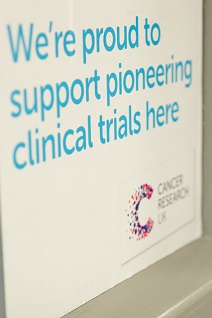 © CRUK Oxford CentreFrom a clinical perspective, a big question is how we are going to be able to get the best drugs to cancer patients in the future. With the financial constraints on the NHS, we need to think of creative solutions. One is to bring clinical trials into the mainstream, as a part of the routine care for all patients. At the moment, about 12% UK patients enter a clinical trial during their cancer journey. By increasing the number of studies available nationally, patients will have access to ground breaking treatments at a minimal cost to the NHS. But this requires a national overhaul of how studies are conducted,particularly their cost and speed. Because Oxford prioritises clinical drug development, these ideas are already embedded into their practice. The Early Phase Trials Unit is impressively efficient and gives cancer patients a choice of studies to participate in.

From the research point of view, I would like to see mRNA translation inhibitors enter cancer trials in the UK. There is a network of RNA biologists in Oxford, Leicester, Manchester and beyond who share this view and have identified new drug targets. It would be immensely satisfying to conduct some of these studies in Oxford and put my beliefs to the test. I have also been lucky enough to work with biotech companies and labs that have developed effective anti-cancer drugs. It is exciting to watch patients’ lives being transformed with a drug that has yet to hit the mainstream. Hence I am here, writing this protocol, and sincerely hoping it will be the next cancer breakthrough.