We speak to Professor Alison Simmons, from the Nuffield Department of Clinical Medicine. Professor Simmons is the first Oxford-Harrington Scholar and discusses with us the benefits of the programme, which is launching officially on 14 November.

Tell us a little about the work in your lab 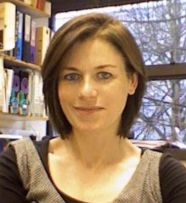 Our work involves understanding mechanisms of innate immune sensing that normally breakdown in disease. We have investigated the function of the innate sensor NOD2. Genetic variants in NOD2 are associated with the development of Crohn’ s disease. We have recently undertaken work that describes the molecular pathway in which NOD2 acts and defined a node in this cascade that directs multiple immune functions of NOD2 dysregulated in Crohn’s. We have developed a biomarker within the cascade that is being used to stratify Crohn’s patients and define new drug targets in in collaboration with the Target Discovery Institute here in Oxford.

How do you think being an Oxford-Harrington Scholar will enhance your research?

A key translational remit of our work is to develop novel immunotherapies based on the information conducted in our molecular screens that would be used to repair defects observed in Crohn’s.

While we are confident in our ability to undertake the biology required to define new targets and at the other end of the pipeline, to undertake clinical trials or experimental medicine studies with new therapies in suitable patients with IBD, my group lack expertise required to bridge the gap between target discovery and phase 1 trials. The Harrington Discovery Institute’s (HDI) Innovation Support Center aims to provide the expertise to bridge this gap and efficiently advance projects toward clinical introduction. Importantly for us the HDI offers expertise in prioritizing targets for their feasibility and commercial viability for benefit of patients. It also helps identify the most efficient means to advance projects beyond academia, including company creation, sponsored research agreements and IP enhancement with the overarching aim of increasing the number of clinically useful drugs.

What have been the benefits of being an Oxford-Harrington Scholar so far?

We have just commenced the program and have benefited most so far from the critical appraisal of our work by leading international medicinal chemists with backgrounds in target validation, disease mechanisms and compound characterization in pre-clinical and clinical development. Each has major experience in advancing drug candidates into clinical development across a spectrum of therapeutic areas. This input has impacted on the direction in which we have taken our target discovery programme, facilitated an increase in throughput of candidate screening approaches and allowed us to access novel reagents that would have otherwise been unavailable.

You recently attended the Harrington Scientific Symposium in the US. What were the highlights of the symposium? What did you learn?

The symposia included talks from physician scientists describing novel therapeutic, diagnostic or care changing interventions across a spectrum of specialties. Firstly I was struck by the quality of the work described - each with a realistic and tangible chance of making a significant impact on management in the respective disease. The investigators described instances where the Harrington Innovation Centre had impacted on their work and it was clear the depth of knowledge and networks available in this scheme would be very difficult to access for most physician scientists without having undertaken high level work in pharmaceutical companies. The Symposia highlighted obstacles the various investigators had encountered that HDI had helped them overcome. These ranged from tractability of targets they were working on to IP obstacles that might have prevented introduction of interventions into the clinic. I was struck overall by innovativeness of the approaches being undertaken to tackle many so far intractable clinical problems.