We talk to Professor Andrew Pollard, Professor of Paediatric Infection and Immunity in the Department of Paediatrics, and Director of the Oxford Vaccine Group (OVG).

Tell us about the Oxford Vaccine Group

The Oxford Vaccine Group (OVG) is a multi-disciplinary team working on the design, development and evaluation of vaccines to improve human health through the prevention of serious infectious disease. Celebrating our 20th anniversary in 2014, a major focus of our work has been developing and studying vaccines against important pathogenic bacteria that cause serious infections, such as meningitis, pneumonia and typhoid, in infants and children. Over the past decade, the group has grown to more than 70 staff in the UK and Nepal, including clinical staff (nurses and research fellows), clinical trial support staff and laboratory scientists.

Why is the work of the OVG so important?

Vaccines are a key component of global public health policy and are particularly important in the defence of the health of young children. Despite the challenges of so doing, new and improved vaccines must be evaluated in the target population of infants and young children prior to licensure. Since 2001, we have enrolled over 10,000 children and young people into a number of clinical trials, including phase IV studies of a meningitis C vaccine and a pneumococcal conjugate vaccine; a phase II study of a new pneumococcal vaccine for infants; phase II and III studies of quadrivalent meningococcal vaccines and group B meningococcal vaccines; phase II studies of a preschool vaccine; evaluation of a novel avian and swine influenza vaccines in adults and children; and study of different schedules for immunisation of the elderly against pneumococcal infection.

This research underpins half of the vaccines in the NHS childhood immunisation schedule and is cited in the vaccine policies of many countries around the world. We have a substantial portfolio of research with  over 200 publications in the last ten years and have attracted over £7M in grant funding since January 2013. Additionally, ten DPhil students have graduated at OVG in the past five years.

As well as conducting clinical trials, what other research is the OVG involved in? 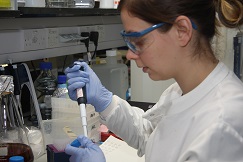 We undertake epidemiological studies, including evaluation of carriage of Haemophilus influenzae type b and Streptococcus pneumoniae in childhood in the UK and Nepal, and surveillance of invasive bacterial infections in children admitted to Patan hospital in Kathmandu, where we are now assessing the impact of the new pneumonia vaccine which is being implemented there in 2014.

In the laboratory we drive projects using our unique access to our clinical trials samples evaluating the developing immune system in the infant and child. The group has specifically focused on the development of B cell memory after immunization with glycoconjugate vaccines and has found correlations between the generation of memory during priming and the persistence of the immune response. A major programme is focussed on the development of novel serogroup B meningococcal vaccines from preclinical studies through to clinical trials. In a ground-breaking study, the group are developing a human paratyphoid model for the evaluation of paratyphoid vaccines, building on recent work with typhoid. A bank of DNA has been collected from children enrolled in vaccine trials and studies of the genetic control of the immune response following immunisation are currently underway.

We are studying whether typhoid and paratyphoid vaccines work through use of a human challenge model. By deliberately infecting vaccinated volunteers with the bacteria, we can see whether they are protected and then study the mechanisms of protection. 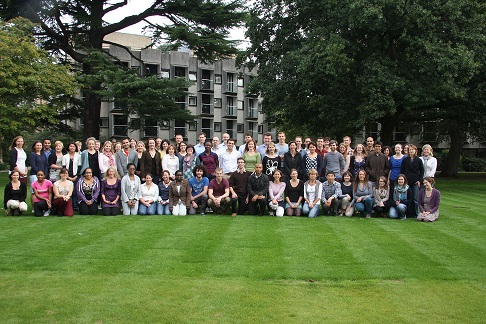