Dr Deborah Gill and Dr Steve Hyde tell us about the work of the Gene Medicine Research Group which they lead. The group is part of the Radcliffe Department of Medicine and is located in the main John Radcliffe hospital.


Tell us about your research & why is it so important? 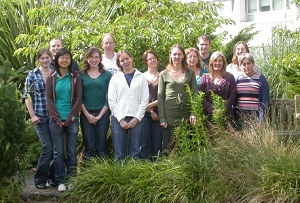 The Gene Medicine Research Group is focused on the development of gene delivery technologies to the lung. Our long-standing research aim is the development of an effective gene therapy for cystic fibrosis (CF), though our approaches are relevant to treating other inherited and acquired lung diseases such as emphysema, chronic obstructive pulmonary disease, along with surfactant and cilia deficiencies. In CF there is a failure to clear protective mucus from the lungs resulting in repeated cycles of bacterial infection and inflammation leading to lung destruction. About 10% of the ~80,000 worldwide CF population live in the UK, where the current median age at death is ~25 years. Gene therapy has two important advantages over traditional 'small molecule' treatments; it has the benefit of being 'blind' to a patient's disease mutation, and tends to have fewer off-target effects.

Our research is involved with all aspects of translational research, having completed three interventional clinical trials using non-viral gene transfer formulations developed within the laboratory. A fourth (Phase IIb) clinical trial is currently underway, with 123 CF individuals recruited from across the UK receiving monthly doses of gene therapy for 12 months; the largest CF gene therapy trial conducted worldwide. More recently we have been developing Lentiviral gene therapy vectors that are specifically adapted to efficiently target airway cells. The focus on the translation of laboratory ideas to clinical evaluation, has led the group to pay attention to manufacturing methods and cGMP production. For our non-viral formulations, we worked with custom manufacturers to produce >50g of plasmid DNA for clinical supply. When we needed to manufacture large quantities of Lentivirus we developed a novel, scaleable production method based on suspension cell culture that has been approved by the UK regulatory agencies for non-clinical toxicology studies.

How has being at Oxford helped the work of your group?

We have been working as a 'virtual' lab with groups outside Oxford (at Imperial College and Edinburgh University) since 2001, as part of the CF Gene Therapy Consortium. The majority of our lab meetings are held using Skype, which means that the physical location of our lab doesn't really matter too much. However, the investment we have received from our Department and the support and advice from Research Services and Oxford University Innovation in contract negotiation and patent protection has been invaluable and means we are well on our way to taking our therapeutic products to market. 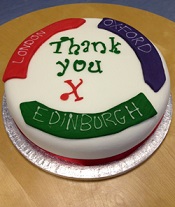 On the surface most days look pretty similar with people either working at the bench or at the computer. But the activities will swing widely between basic molecular and cell biology research similar to many labs, and solving practical issues for getting to the clinic. For example, when pharmacy needed to reproducibly mix two gene therapy solutions together in a controlled, uniform fashion, we designed a pneumatic mixing machine. Whatever we do in the lab we are always asking ourselves - how could we make this work in the clinic? The answers usually shape the direction of our research.

What's next for the Gene Medicine Group?

Results from our Phase IIb non-viral CF clinical trial will be available in Autumn 2014. Positive findings will bolster our current commercialisation efforts to secure a licensing deal to allow the drug to complete clinical development. In parallel, we are conducting pivotal toxicology studies with our preferred CF lentivirus. Combining our expertise in vector development with our manufacturing capability means we have everything we need to develop new lung gene therapies for other lung diseases.

Images (from top): The Gene Medicine Research Group in the Japanese garden outside the JR; a dose of their gene therapy formulation ready to give to patients; the CF Gene Therapy Consortium logo; a cake given to us by a grateful patient participating in our clinical trial