As Endometriosis Awareness Week (3-9 March) comes to an end, we speak to Professors Christian Becker and Krina Zondervan, co-Directors of the Endometriosis Care and Research (CaRe) Centre. The Centre, a collaboration between the Oxford University Hospitals NHS Foundation Trust and the Nuffield Department of Obstetrics and Gynaecology (NDOG), integrates the highest standard of clinical care with cutting-edge, collaborative research into endometriosis, with the aims to improve our understanding of underlying causes, to find novel diagnostic approaches and to identify innovative, more focused therapies for this heterogeneous condition.

Tell us a little about your research area

We work on endometriosis, a very common condition affecting up to 10% of women during their reproductive life span, in which cells that normally line the uterus (endometrium) are found outside the uterus, mostly in the pelvis. Endometriosis can cause severe pelvic pain and reduced fertility, and has considerable impact on the lives of sufferers and their families.

Endometriosis is a health problem of considerable unmet clinical need, because

© Endometriosis Care and Research (CaRe) CentreOne central issue is the lack of reliable biomarkers for endometriosis. Results from Christian’s systematic reviews strongly suggest the need for large-scale, multi-centre studies. As a result, together with colleagues from Harvard and the World Endometriosis Research Foundation, we recently initiated a worldwide collaboration, the WERF EPHect project, aimed at the global harmonisation and standardisation of phenotypic data and biological sample collection in endometriosis research, involving 30+ research centres and 3 industrial partners worldwide. The resulting protocols are now the standard and form the basis for endometriosis research internationally.

In addition, Krina whose research group is based both at NDOG and the Wellcome Trust Centre for Human Genetics is Principal Investigator of a number of large-scale, collaborative studies and initiatives, including the International Endogene Consortium (IEC), which has discovered 7 out of the 9 known genetic variants associated with endometriosis to date. These studies have cemented the role of genetics in the development and establishment of the disease, and are shedding new light on causal biological pathways and potential subtypes of disease – important information for drug target discovery.

Importantly, we are really fortunate to have a diverse group of staff with such varied expertise working with us. The centre comprises 8 researchers, 7 clinicians and 2 research nurses. The research groups are highly interdisciplinary, ranging from molecular biologists to computational biologists and epidemiologists. Additionally, we have very close ties with many research groups, sometimes sharing postdoctoral research fellows and research technicians. The clinical team consists of gynaecologists who are often fertility and/or surgical experts or pain specialists and is supported by specialist nurses, colorectal and urological surgeons.

What’s next for CaRe? How do you see your research developing? 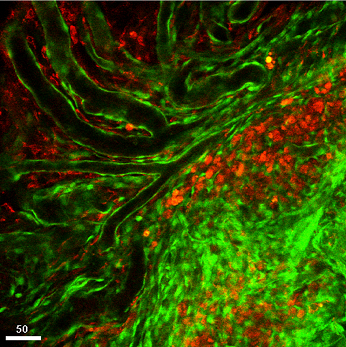 As already outlined above, there is a great need for novel, less invasive drug treatments for endometriosis as well as opportunities to diagnose the condition earlier, without the need for surgery. A key question is whether the disease is one, or represents several subtypes with distinct pathogeneses. Our genetic work has already made progress towards answering this, showing that so-called ‘stage I/II disease’, characterised mainly by peritoneal lesions, is aetiologically distinct from ‘stage III/IV disease’, in which ovarian or deep infiltrating disease features. The likely considerable heterogeneity of the disease is a real challenge. Current studies only take into account the extent of disease. We expect, however, that the Oxford-led WERF EPHect project will lead to further large global collaborations using standardised data which will allow us to possibly identify subtypes of the condition which may then lead to the development of better diagnostic tools and more individualised therapies.

It sounds like you really benefit from such diversity and collaboration. How does this work in practice? 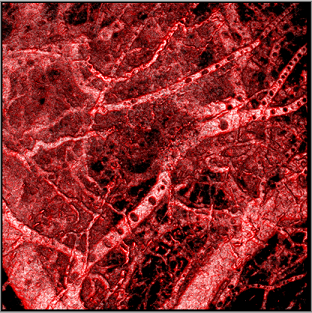 Each of the groups at the Centre has a different focus, which are highly complimentary. For example, Krina’s work is computational, using genetic and genomic data generated on DNA and tissue samples from 100s – 1000s of women participating in our studies to better understand the aetiology of the disease and its subtypes, information that is required for both novel drug target discovery and biomarker identification. Christian’s group focuses on the identification of biomarkers of the disease, and on the role of angiogenesis in the disease process. And Katy Vincent’s group focuses on understanding the highly complex role of pain in endometriosis, through studies that include functional MRI.

By definition, the Centre’s work is highly collaborative, both within Oxford, nationally, and globally. We have strong links with endometriosis research groups at e.g. Harvard University, the QIMR Berghofer Institute for Medical Research in Brisbane, Baylor College of Medicine, the University of Edinburgh, and other collaborators in the global WERF EPHect network. We have also a strong record of collaborative links with pharmaceutical and diagnostic companies. For instance, Oxford University signed a collaborative agreement with Bayer HealthCare on a programme of work to discover new drug targets for endometriosis and uterine fibroids.

Our Centre plays a key role in providing expertise as well as clinical data and samples for the work, in which we collaborate closely with the Target Discovery Institute, the Botnar Research centre, and the Centre for Functional Magnetic Resonance Imaging of the Brain (FMRIB), and which in addition is also opening up new opportunities for collaboration with PIs across Oxford.

On a more personal note, can you tell us how you got to where you are today?

Christian: After Medical School at the Freie Univeristät Berlin I completed my training in Obstetrics and Gynaecology at the Charité. This was followed by two postdoctoral fellowships with Judah Folkman, a pioneer in angiogenesis and antiangiogenic therapy, at Harvard Medical School in Boston. When I arrived in Oxford in 2005 I became a Subspecialist Trainee in Reproductive Medicine and Surgery and in parallel a Clinical Lecturer, which enabled me to extend my research to identifying biomarkers for endometriosis. Since 2009, I am an Honorary Consultant Gynaecologist at the John Radcliffe Hospital and recently became Associate Professor. Together with Krina Zondervan I lead the above described comprehensive basic, translational and clinical research program on endometriosis at the University of Oxford. I am also the Surgical Lead of WERF EPHect, and Clinical Lead of the Oxford BSGE Endometriosis Specialist Centre - the second largest in the UK. I have been a member of the Guideline Development Group for the current ESHRE Endometriosis Guidelines, which were adopted by many national gynaecological societies such as the Royal College.

Krina: I am originally from the Netherlands, where I studied Biomedical Sciences at the University of Leiden (1995). I first came to Oxford on an Erasmus exchange scholarship, and continued to do a DPhil in Epidemiology (Dept of Public Health/NDOG, St Edmund Hall, 1999). I was awarded an MRC training fellowship in Genetic Epidemiology in 2000, based at the Wellcome Trust Centre for Human Genetics, which included an MSc in Genetic Epidemiology (Erasmus University, Rotterdam, Netherlands, 2001) and research periods at the Queensland Institute for Medical Research, Brisbane, Australia; the Dept of Human Genetics, University of Pittsburgh, USA; and the Dept of Obstetrics & Gynaecology, University of Reykjavik, Iceland. I subsequently was awarded a Wellcome Trust Career Development Fellowship and started my own research group focused on understanding the pathogenesis of endometriosis through genetic and traditional epidemiological methods. In 2007, I was awarded a grant by the Wellcome Trust to conduct the first collaborative genome-wide association study in endometriosis. In 2012, I became co-Director of the Endometriosis CaRe centre in Oxford, and was appointed as Senior Fellow in Reproductive and Genomic Epidemiology at NDOG in 2014. In addition, as Christian, I am a parent (mother of twin girls, born in 2011), and we are both strong believers in the potential for combining a successful, fulfilling scientific career with family life.