The Oxford JRO now includes both of Oxford’s NHS Foundation Trusts and both of its universities, promoting and facilitating greater collaborative working across and between the partner organisations in clinical research, for the benefit of the people they serve.

The development of the Oxford JRO has been supported at the highest level in each organisation and by the Board of the Oxford Academic Health Partners, of which all four institutions are members.

The JRO was originally established in 2011 to facilitate the delivery of clinical research in Oxford by improving communication and streamlining processes through shared knowledge and expertise between OU and OUH.

It featured in a recent Academy of Medical Sciences report which concluded that streamlining research through joint R&D offices was one of the key ways to enhance the interface between academia and the NHS to improve the health and wealth of the UK. 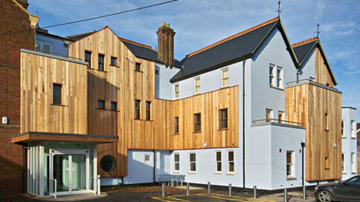 The JRO has played a vital behind-the-scenes role in establishing Oxford’s leadership in healthcare research and its far-reaching benefits for patients, not just in the NHS, but also beyond the UK. This has been particularly evident since March 2020, with the JRO playing an important role in enabling Oxford researchers to develop the Oxford/AstraZeneca vaccine or identify treatments for COVID-19 in the RECOVERY Trial.

The research support teams from all four partner organisations will continue to operate autonomously, but they will work together to identify how they can align their processes and activities.

Oxford researchers, many of whom already deal with two or more of the partner organisations, will be asked to contribute to this process.

The first participants in a clinical trial of a bioelectrical therapy to treat incontinence have received their “smart” bioelectronic implants.

A new study led by researchers at the University of Oxford’s Department of Computer Science has found that, between 2021 and 2022, COVID-19 was a leading cause of death in children and young people in the United States, ranking eighth overall. The results demonstrate that pharmaceutical and public health interventions should continue to be applied to limit the spread of the coronavirus and protect again severe disease in this age group.

Experiencing three or more concussions is linked with worsened brain function in later life, according to new research.

New blood test could save lives of heart attack victims

A survey of over 2000 British adults has found that public trust in science, particularly genetics, increased significantly during the pandemic. However, those with extremely negative attitudes towards science tend to have high self-belief in their own understanding despite low textbook knowledge.

Congratulations to Professor Gero Miesenböck, Department of Physiology, Anatomy and Genetics (DPAG), who has been awarded the 2023 Japan Prize in the field of Life Sciences, together with Professor Karl Deisseroth, for pioneering work in the field of optogenetics.