The Board of Governors of the Wellcome Trust today announced the appointment of Professor Jeremy Farrar as the Trust’s new Director.

Professor Farrar is an outstanding clinical scientist who has built a reputation as one of the world’s leading figures in the field of infectious disease. He is currently Professor of Tropical Medicine and Global Health at the University of Oxford, Global Scholar at Princeton University and Director of the Wellcome Trust’s Major Overseas Programme in Vietnam.

He will join the Wellcome Trust on 1 October, succeeding Sir Mark Walport, who stepped down at the end of March to become the Government’s Chief Scientific Adviser. Dr Ted Bianco, the Trust’s Director of Technology Transfer, will continue to serve as Acting Director until then.

Sir William Castell, Chairman of the Wellcome Trust, said: “The Board of Governors is delighted that Jeremy Farrar has accepted our invitation to become the next Director of the Wellcome Trust. Jeremy is one of the foremost scientists of his generation, whose work – much of it funded by the Trust -- has contributed to better understanding, surveillance, prevention and treatment of diseases including emerging infections, influenza, tuberculosis, typhoid and dengue.

“He is also an inspirational leader whose vision has contributed to the rapid development of the Trust’s Major Overseas Programme in South East Asia into a world-class centre for infectious disease research. We are confident that we could not have found a better person to build on the exceptional work that Mark Walport has overseen at the Trust over the past decade.”

Professor Farrar said: “The Wellcome Trust is one of the world’s outstanding philanthropic institutions and one of the UK’s most remarkable national assets. It will be a privilege to lead an organisation that has contributed so much to science, medicine and society, from the sequencing of the human genome, to the development of today’s front-line treatments for malaria and a commitment to public engagement with science that is unparalleled.

“As a scientist who is grateful to have received Trust funding for my own work, I know first-hand how its flexible support makes such achievements possible. I am honoured to be given the challenge of helping its talented staff and scientists to deliver further extraordinary advances in health.” 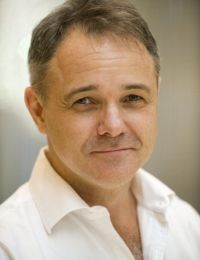 Professor Farrar has been Director of the Oxford University Clinical Research Unit in Vietnam, which is supported by the Wellcome Trust and the Vietnam Government, since 1996. His research interests are in infectious diseases and tropical health, and include emerging infections, infections of the central nervous system, influenza, tuberculosis, dengue, typhoid and malaria. He has contributed to over 450 peer-reviewed scientific papers, and serves on several World Health Organization advisory committees.

He was appointed OBE in 2005 for services to Tropical Medicine, and he has been awarded the Ho Chi Minh City Medal from the Government of Vietnam, the Oon International Award for his work on H5N1 avian flu, Frederick Murgatroyd Prize for Tropical Medicine by the Royal College Physicians and the Bailey Ashford Award by the American Society for Tropical Medicine and Hygiene. He is a Fellow of the Academy of Medical Sciences, and chairs the International Severe Acute Respiratory and Emerging Infection Consortium, a global initiative to share data about emerging diseases that could become epidemics or pandemics.

The Wellcome Trust is a global charitable foundation dedicated to achieving extraordinary improvements in human and animal health. It does this by supporting the brightest minds in biomedical research and the medical humanities, with charitable spending of around £650million a year.

The Trust is supported by an endowment of more than £14.5 billion (as of September 2012), which makes it the third largest charitable foundation in the world. It has distributed more than £10 billion in charitable spending since taking on its modern form in the mid-1980s.

Congratulations to Professor Gero Miesenböck (Department of Physiology, Anatomy and Genetics) who is to be awarded the 2022 Louisa Gross Horwitz Prize, together with Professors Karl Deisseroth and Peter Hegemann, for research that laid the foundation for the field of optogenetics.

£73,000 of professional development grants are being awarded to Oxford’s nurses, midwives, allied health professionals and research practitioners to develop skills that will support them to research new and improved ways of delivering healthcare to patients and service users.

Clinical medical student, Yusuf Ben-Tarifite, has been selected to join the Healthcare Leadership Academy (HLA) Scholars programme - a prestigious scholarship set up to develop and nurture healthcare leaders of the future. After completing a rigorous selection process, Yusuf will be joining the academy’s cohort for the 2022/23 academic year.