A leading expert in the field of cognitive neuroscience has been awarded a Lifetime Achievement Award by the British Psychological Society’s Research Board. 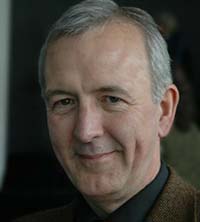 Professor Glyn Humphreys, Watts Professor of Experimental Psychology and Head of Department at the University of Oxford, has contributed across an unusually broad number of areas, including cognitive psychology, cognitive neuropsychology, computational modelling, social cognitive neuroscience and clinical diagnostics.

The BBC’s Horizon programme has previously featured his work on visual agnosia, and his work on deficits in theory of mind and on the effects of music on neuro-rehabilitation has featured on BBC News and on BBC Radio Four’s ‘Science Now’ programme.

Professor Humphry’s said: “I have been fortunate to work with a large number of extremely bright, committed and generous colleagues, and I thank them all. I have also enjoyed the freedom of being able to work on different topic areas as the field has changed and new questions come to the fore – it is one of the joys of being an academic. I am excited now to be working on new developments in the field of social cognitive neuroscience, where techniques from cognitive psychology and cognitive neuroscience are helping us understand what processes are affected by contrasting forms of social bias. In this area I hope to take forward practical applications in screening for deficits in neuropsychological populations as well as carrying out basic research on critical underlying factors.”

The Society’s Research Board makes this award each year to someone with an outstanding record of personal achievement in psychology who has also made significant contributions to the advancement of psychological knowledge.

Congratulations to Professor Gero Miesenböck (Department of Physiology, Anatomy and Genetics) who is to be awarded the 2022 Louisa Gross Horwitz Prize, together with Professors Karl Deisseroth and Peter Hegemann, for research that laid the foundation for the field of optogenetics.

£73,000 of professional development grants are being awarded to Oxford’s nurses, midwives, allied health professionals and research practitioners to develop skills that will support them to research new and improved ways of delivering healthcare to patients and service users.

Clinical medical student, Yusuf Ben-Tarifite, has been selected to join the Healthcare Leadership Academy (HLA) Scholars programme - a prestigious scholarship set up to develop and nurture healthcare leaders of the future. After completing a rigorous selection process, Yusuf will be joining the academy’s cohort for the 2022/23 academic year.