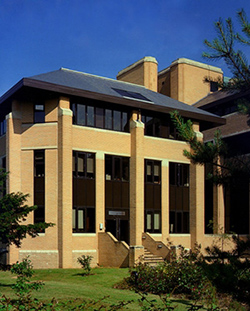 The MRC Anatomical Neuropharmacology Unit at the University of Oxford (MRC ANU) closed on the 31 March after 30 years of world leading research on the complex networks of the brain. Under the leadership of director Professor Peter Somogyi and associate director Professor Paul Bolam, the MRC ANU has played a vital role in understanding healthy brain function and disorders such as Parkinson's disease.

From 1 April, the ANU will transition to become a new university unit, the MRC Brain Network Dynamics Unit at the University of Oxford (MRC BNDU), located on the same site in the Department of Pharmacology.  The new Unit, led by director Professor Peter Brown, will build on the success of the MRC ANU and use animal models and patients to understand brain circuitry in some of the most prevalent and debilitating brain disorders such as Parkinson’s disease, memory disorders and Alzheimer’s disease. The MRC BNDU will be uniquely multidisciplinary and integrate research programmes covering clinical, experimental and computational neuroscience in both the Department of Pharmacology and the Nuffield Department of Clinical Neurosciences.

Professor Brown said: "Our collective goal is to understand and exploit the moment-to-moment interactions between nerve cells that are critical for brain functions, with a special focus on the brain circuits underlying movement and memory. In achieving this, we aim to develop and deliver novel therapies that specifically target the disturbed circuit interactions arising in disease."

MRC Chief Executive Sir John Savill said: "The MRC Anatomical Neuropharmacology Unit has been fundamental in advancing our understanding of brain connections and what happens when these connections are disrupted. It has established an internationally respected record of research and an impressive portfolio of achievements upon which we now hope to build through the new MRC Brain Network Dynamics Unit."

New evidence for how our brains handle surprise

A new study from the Bruno Group is challenging our perceptions of how the different regions of the cerebral cortex function. A group of ‘quiet’ cells in the somatosensory cortex that rarely respond to touch have been found to react mainly to surprising circumstances. The results suggest their function is not necessarily driven by touch, but may indicate an important and previously unidentified role across all the major cortices.

A new study using MRI has revealed structural brain changes in children with developmental language disorder (DLD), a common but under-recognised difficulty in language learning. Children with DLD aged 10-15 showed reduced levels of myelin in areas of the brain associated with speaking and listening to others, and areas involved in learning new skills. This finding is a significant advance in our understanding of DLD and these brain differences may explain the poorer language outcomes in this group.

The Gene Therapists Headline at Glastonbury 2022

Rosie Munday writes about her experience taking science to the masses at the Glastonbury Festival.