Professor William James explains why he decided to develop iCases. 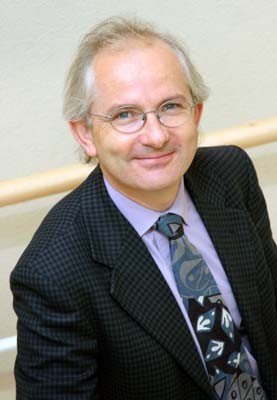 I have been responsible for the teaching of medical microbiology to preclinical students at Oxford for the last 25 years, and have always kept the cost and educational benefit of the practical class component under review. The bacteriology practical classes have always passed the test; providing the students with a linked series of enquiry-based exercises that enabled them to learn the essential material in a research-like context. However, practical virology classes had always been more problematic, involving a difficult choice between practicable but medically irrelevant exercises and impracticable but relevant ones, largely because of the cost of materials and equipment and the hazards involved.

I had developed one particular class designed to get students to learn about the methods used to quantify antibody responses to different strains of influenza virus in a context that was designed to mimic the sort of problem routinely faced by a public health laboratory. This involved two sessions. In the first, the students were provided with a paper scenario concerning the outbreak of infection at a local primary school, together with a large amount of on-line information about the methods that could be used to identify the responsible virus. By the end of the session, in true PBL-style, the students had to identify the specific investigational objectives and the methods they needed to meet them. In the second session, the students were provided with the materials they needed in order to undertake these investigations, and their task was to perform the experiments they had planned, and draw the appropriate conclusions.

In many ways, this class worked well. The majority of students found it a refreshing change of format and reported that it helped them learn some of the otherwise rather arcane diagnostic principles. However, the class became prohibitively expensive to run, requiring very costly standardized antigens and antibodies from the national standards centre, NIBSC, and a large number of post-graduate and academic demonstrators. Moreover, the hybrid dry-exercise/wet-practical nature of the class made a sizeable minority of the students very uncomfortable. It took them too long to figure out what was expected of them, and their expectations of doing practical work were frustrated for too long.

One approach was to reduce the cost by "faking" the class; using reagents that were cheap and behaved in a somewhat similar fashion to virus antigens and antibodies, but were completely unrelated in reality. Although a common approach, I felt this would rob the practical class of its one major virtue, that of authenticity. If one went to this point, I reasoned, it would be better to make it explicitly a "model" of reality, rather than a pretence. By turning the class into a purely on-line exercise, one could reduce the costs and make the delivery method consistent. The challenge was to retain the open-ended, investigational aspect, and to avoid the common problem of placing the student in a narrow and defined linear sequence of activity that would not stimulate them to explore the knowledge domain and test their understanding.

The solution we came up with was based on the "maze" concept, in which the student can take many different paths through the information, including the whole world wide web, at their discretion, in which their progress was recorded by their acquiring a set of defined pieces of knowledge, to be tested by a quiz, before being permitted to progress to the point of devising and executing their virtual practical.