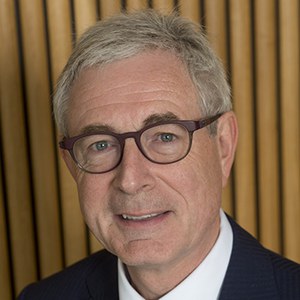 I'd like to take the opportunity to celebrate the great achievements you have all been central to, and to thank you for the support you have shown me over these last nine years.  While the full effects of the events in 2016 have yet to be fully felt in relation to the referendum vote for Brexit, this will surely be defining for all of us in the UK for many years to come. For me personally, it means I will be taking up my new role as Head of Brexit Strategy for the University on 20 January working with the VC, Louise Richardson as PVC (ExEU) and as result I will be handing on the Headship of Division to Professor Chris Kennard on an interim basis.

When I reflect on the many challenges we have all faced over my tenure as Head of Division, the biggest single one for me has been keeping all of our very distinguished basic science departments with their heavy teaching and research loads in South Parks Road integrated with the clinical departments working in the hospitals of both Oxford University Hospital NHS Foundation Trust and Oxford Health Foundation Trust, with the community as in the case of Primary Care, and more globally as in the case of Population Health and our major overseas units.

There have been many facets to that, and some remarkable achievements. As I see it, the dramatic growth in the research institutes began with the Institute of Molecular Medicine (now WIMM). This was developed by David Weatherall, who as Nuffield Professor of Medicine presciently saw the need to create an environment with technical platforms that was necessary to pursue science at the very highest level.  As David’s successor John Bell has, in turn, gone on to develop a series of very powerful institutes with the help of Peter Ratcliffe and many, many others on the Old Road Campus (ORC).  We have been privileged to enjoy strong departmental leadership and much financial support from donors, charities, and industry as well as the research councils and NIHR.  And as Head of Division, I count myself very lucky to have the advice, friendship and support of a superb Divisional office led by David Bryan and his team.

I have greatly enjoyed working over the year with a really outstanding team of Associate and Deputy Heads of Division and alongside 16 distinguished Departmental Heads. The tasks we undertook together included building up South Parks Road, creating Oxford University Hospital, integrating the Nuffield Orthopaedic Centre and Oxford Health as well as growing the Old Road Campus and our new clinical research facilities.  The development and subsequent renewal of the NIHR Oxford Biomedical Research Centre (BRC), under the leadership of Keith Channon, has made a success of what in 2006-2007 was a whole new undertaking  and has become a priority for the Division as a whole - the development of translational research.  We have come a long way from those early years. Under John Geddes’ leadership we have also been able to bring in a BRC for Oxford Health in 2016 and both of our hospital trusts have Foundation Trust status and are working together in partnership with us and Oxford Brookes to develop the Academic Health Science Centre (AHSC) and Network (AHSN).

One of my main tasks over the years has been to ensure that each department has the best possible leadership, and I am happy to be handing over knowing that all 16 departments have benefitted from the process of forging common purpose between them. For me that began with the immensely valuable external review conducted in 2012, and led to a series of Away Days and the Rycote process (for which we have Bernard and Sarah Taylor to thank for graciously hosting us). I believe that over the last 5 years this process has contributed significantly to ensuring that the two major strategies of the University - multi-disciplinarity and globalization of our activities - have flourished.

For the past six years we have ranked top in the Times Higher World University Rankings for Pre-Clinical, Clinical, and Health Science. This year we were able to help the University in its singular success of becoming the top-ranked university in the world. Our Division is top-ranked because it delivers by providing superlative education to extremely high quality students, by ensuring the integration of basic science, with both translational science and population health and by supporting the NHS in delivering the best possible care. It has given me immense personal pleasure to have been part of this success.

As I move into the tactical and strategic role of supporting both the Division and the University to effectively influence the terms under which we leave the European Union - to ensure the continued free movement of scholars and students and to maintain the extra-ordinarily high levels of professional and academic collaboration in Europe - I remind myself that it is our duty to preserve and build on the shoulders of giants such as George Pickering, Richard Doll, Henry Harris and then David Weatherall. Our ultimate responsibility will be to hand on what we have been so very privileged to look after on our watch, to the next generation.

When I review the Departments, I always ask for three wishes; it is now my turn to make my own three wishes.  First, I very much hope to see the Department of Biochemistry (led by Mark Sansom and Francis Barr) together with the Sir William Dunn School of Pathology (headed by Matthew Freeman) succeed with the Dorothy Hodgkin Laboratory of Cell Biology with Carol Robinson.  My second wish would be to see the successful renovation of the Sherrington to re-engineer Integrative Physiology with Department of Physiology, Anatomy and Genetics (led by David Paterson in collaboration with Department of Pharmacology headed by Nigel Emptage).  And my third? To  wish Kia Nobre, Irene Tracey and John Geddes every good fortune in aligning of Neuroscience, Experimental Psychology, Clinical Neuroscience and Psychiatry to make an Oxford Neurological Institute a reality.

It has been a great privilege to have worked with you all.